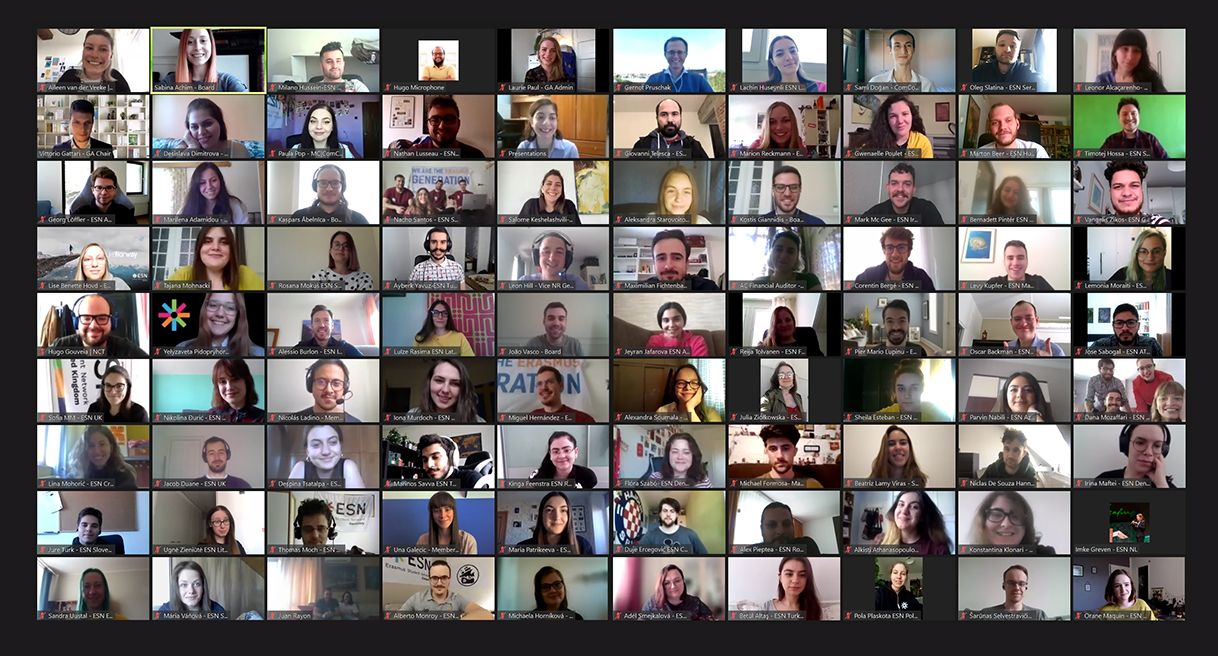 From May 7th to 9th 2021, ESN held its second-ever General Assembly (GA), once again in an online format. Over 100 representatives from 42 national member organisations from across Europe gathered to discuss the new Erasmus+ programme, the future of mobility in the UK, and elect the new leaders of the organisation.

After the opening speech of Kostis Giannidis, President of the Erasmus Student Network, Themis Christophidou, Director-General for Education, Youth, Sport and Culture, addressed the Assembly, thanking ESN for its hard work during the difficult year and all the support they have offered both students and the European Commission.

The Erasmus Student Network, with its response in the past few months, proved that it is the embodiment of [the European] values.

The future of mobility

2021 marks the start of the new Erasmus+ programme, which aims to be more inclusive, digital, and greener. Nadia Manzoni, Head of the Erasmus+ Team of the Higher Education Unit at DG EAC, presented the new programme, which will officially start in June 2021, as well as the latest updates to it, giving a chance to the ESN representatives to address questions regarding the new programme and ESN's involvement in it.

In the #ErasmusPlus programme, the understanding of #students with fewer possibilities is now broader and the sums of top-ups have been raised, providing now more opportunities. In addition to the top-ups, the grant levels have increased.
Nadia Manzoni, @EU_Commission pic.twitter.com/qmd6uPKemb

At the end of 2020, the UK decided to leave the Erasmus+ Programme, but announced the Turing scheme, the UK government’s scheme to provide funding for international opportunities in education and training across the world. As the scheme is still new and developing, Anne-May Janssen, Head of European Engagement at Universities UK International (UUKi), joined the General Assembly to present its aims and goals, and to answer all the doubts and questions our volunteers might still have about UK’s new programme, but also about the future of the incoming mobility to the UK.

There is an important goal to demonstrate to the UK government that this scheme is a success and will work because there is no guarantee as of yet that this will be funded in the future. So if we don’t make it a success, we risk losing it and then we have nothing, and that would be even worse.

As the UK announced their departure from the Erasmus+ Programme, the Welsh Government announced the launch of an International Learning Exchange Programme for Wales. Catherine Marston, Strategic Development Officer at Welsh Higher Education Brussels, presented the new programme, which will run from 2022 to 2026 and will be supported by an investment of £65m from the Welsh Government.

The #Welsh programme commits to global engagement, but focus on Europe. A government-granted budget of £65m aims to cover the mobility of 15k participants from Wales and 10k participants to Wales. pic.twitter.com/wsSKtCxNnZ

As the General Assembly is the main decision-making body of ESN, a lot of voting took place during this spring edition. ESN Mostar was approved as a full member of the Erasmus Student Network, increasing the number of local associations in Bosnia and Herzegovina and strengthening the support offered to local and international students in Mostar.
Representatives of MCAST Student Club from Malta presented their candidacy for membership in ESN and are now our new candidate member organisation. 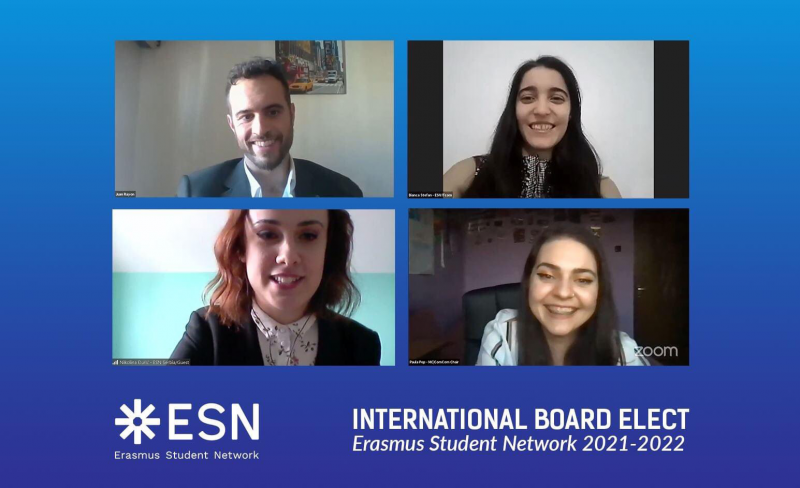 The incoming Board is set to begin their mandate on July 15th,  2021. ESN wishes them all the best for the upcoming year!