Section in the spotlight, May 2019: ESN Oviedo! 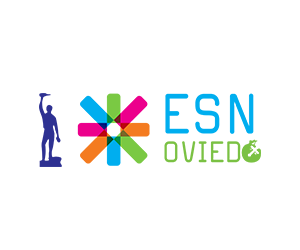 The story of ESN Oviedo started back in 2011 when they became a section of ESN Spain. A year later, their voices were already loudly heard. A thousand voices to be exact - during a national event, a thousand people gathered and sang the regional anthem, the Asturian one, breaking a world record. What a way to start their journey that will sometime after lead them to spotlight! 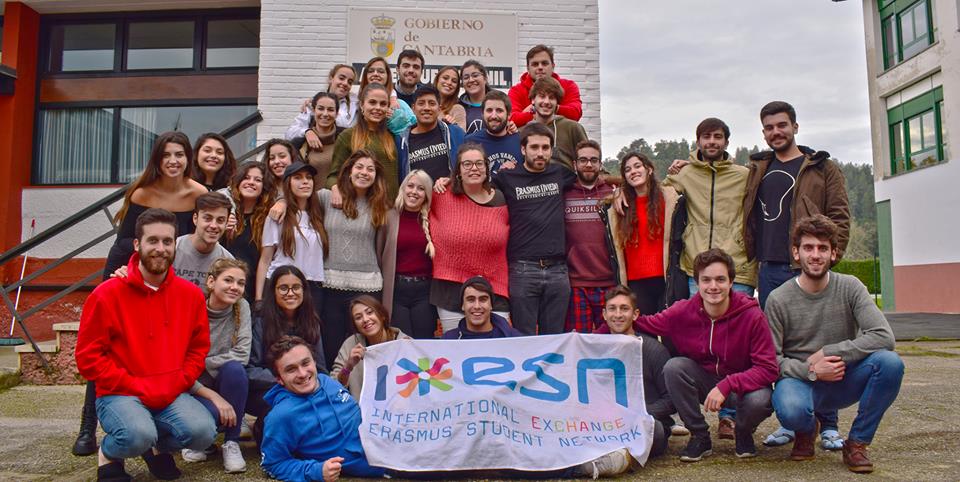 ESN Oviedo works in an efficient team made out of a five-member board and a General Assembly - all section members that have the right to propose any topic and contribute to the development of the section with new ideas. This way, everyone is included in the work of the section. On the other hand, members work in committees specialised on certain fields, always bearing in mind to follow the causes of ESN. The events cover sports, parties, socially inclusive and cultural events. In fact, some of these events earned them recognition not just within the network, but all around their local community as well! 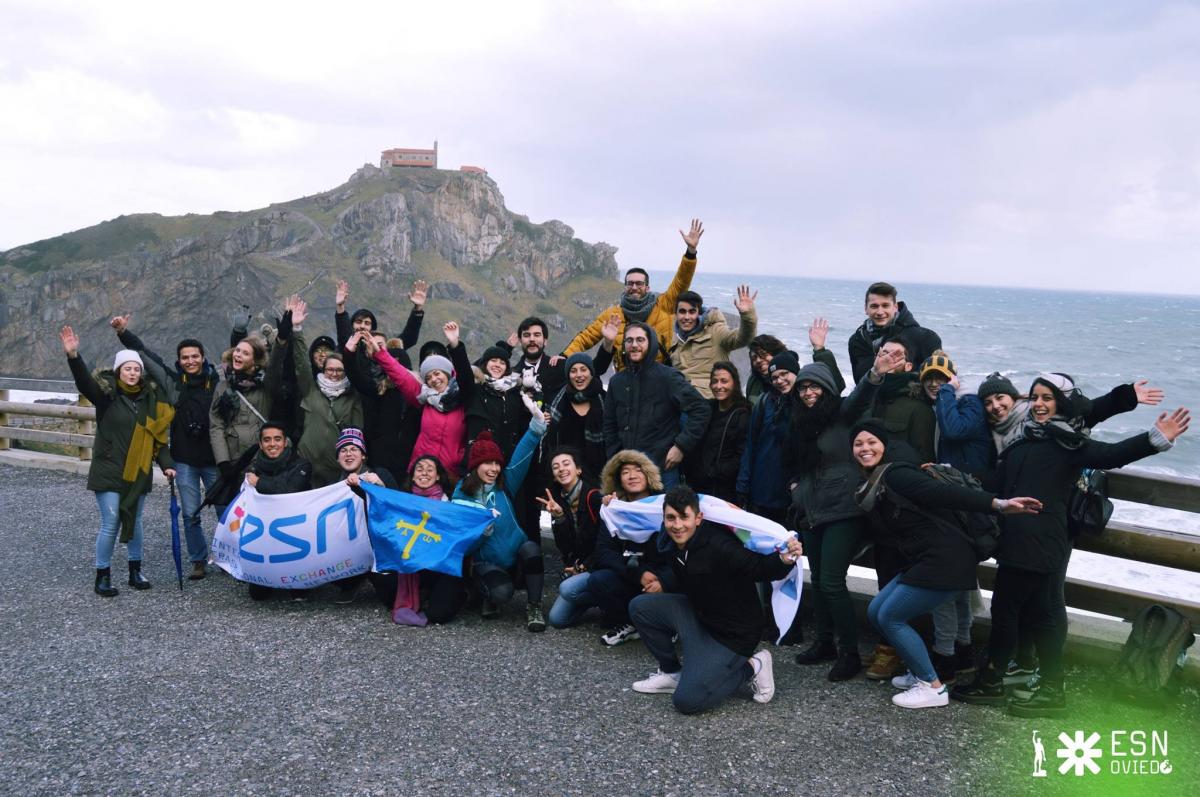 There is no better way to bond than through sports and culture.

To keep their students active and in good health, ESN Oviedo organises dynamic sports events, such as football, volleyball, basketball and rugby matches or hiking and promenades in nature. Not to forget the perks of being on the coast - beach volleyball and surfing are often on the ‘events menu’.

Activities that serve to have students bond with the locals and between themselves are also numerous, and they include international dinners, speed friending, or the heartwarming “Host an Erasmus for Christmas”. Making the students feel like an important part of the community comes with organising blood donations, strolls to animal shelters, and visits to the nursing home.

ESN Oviedo tries hard to introduce the incoming students to not only Spanish but also to the regional and local culture, by organising city tours telling the beautiful history of the Asturias region in order to let the Erasmus students know the area in depth. However, the Spanish culture gets its time to shine during events such as Tandem, Film and Poetry Evenings that also aim to improve the students’ language skills. 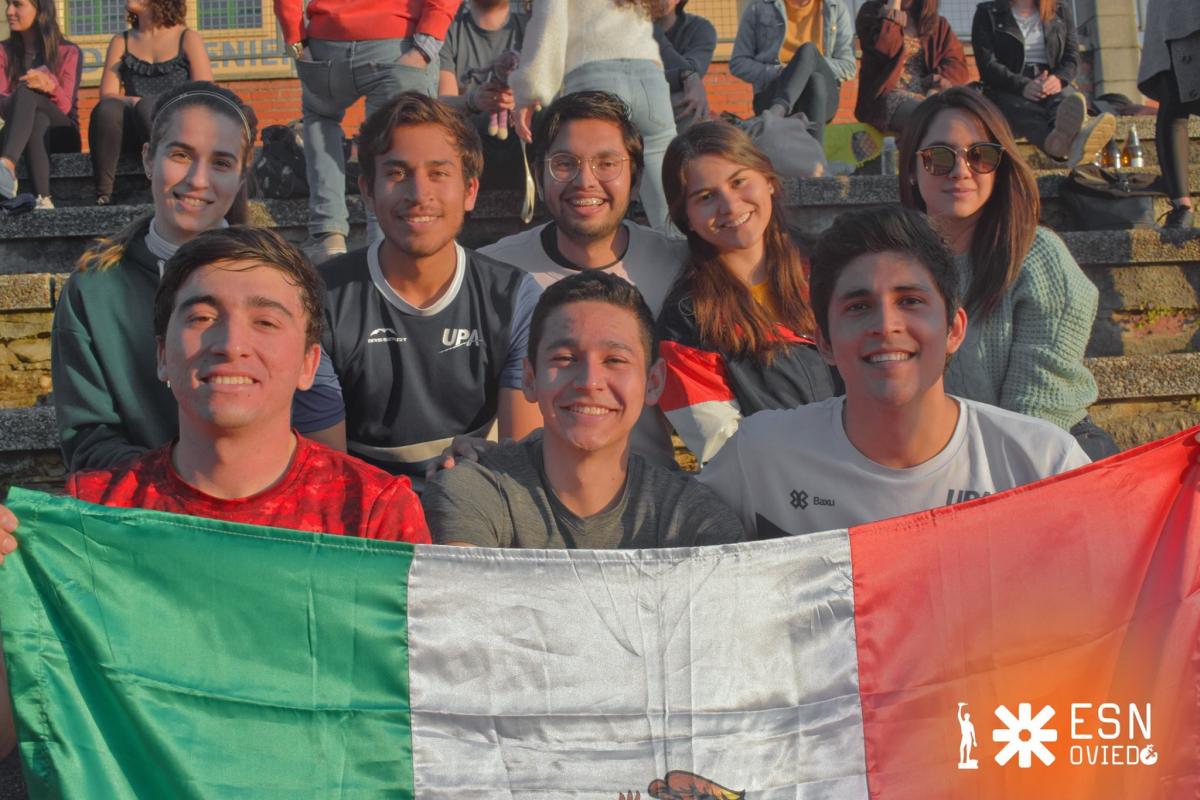 Feeling the region through cultural exchange.

These inclusive and cultural exchange-pumped events do for sure make them constantly proud, but there is one certain activity that made noise all over the Asturias region. For two years, ESN Oviedo organised Rural Erasmus in Schools (EiS), while the next year’s event is already in the making.

Last year, the section paid a visit to a school in Panes, a very rural village situated on the eastern boundary of Asturias that has only 568 inhabitants. The purpose of this Rural EiS was to show the Erasmus students another part of Asturias, its unique and ancient culture, and to give the local students the opportunity to have direct contact with other cultures which they may not have the chance to meet due to the isolation of their village.

This year, they tried to go even further. In March, they organised a whole Rural EiS Weekend in Grandas de Salime, a village of 853 inhabitants situated on the western boundary of Asturias, in a unique area with a very special cultural mixture of Galician and Asturian features. In this very traditional and rural landscape, there was only one school in the village, which they visited with eight international students.

Among other things, the international students presented their countries to primary school students through facts, traditional dances and food; had a chat and a debate with secondary school students; lived the experience as pilgrims; visited the “castros” (traditional and ancient houses of the inhabitants of these valleys) with local children to learn about the carnival traditions and “fala”, the endangered language of the area. Thanks to this activity, ESN Oviedo appeared on the regional Asturian television (TPA), in the main regional newspaper (La Nueva España) and took part in an interview with a Youtube radio, where the international students talked about the weekend and the benefits ESN Oviedo brings for them.

Now, why is this activity so precious and valuable? Because ESN Oviedo managed to introduce international students to the rural and traditional areas of the region, to promote the culture of the region, to provide the locals with a touch of different countries’ cultures, and to promote international students as the ambassadors of intercultural learning and global citizenship. What a way to work for the right cause! 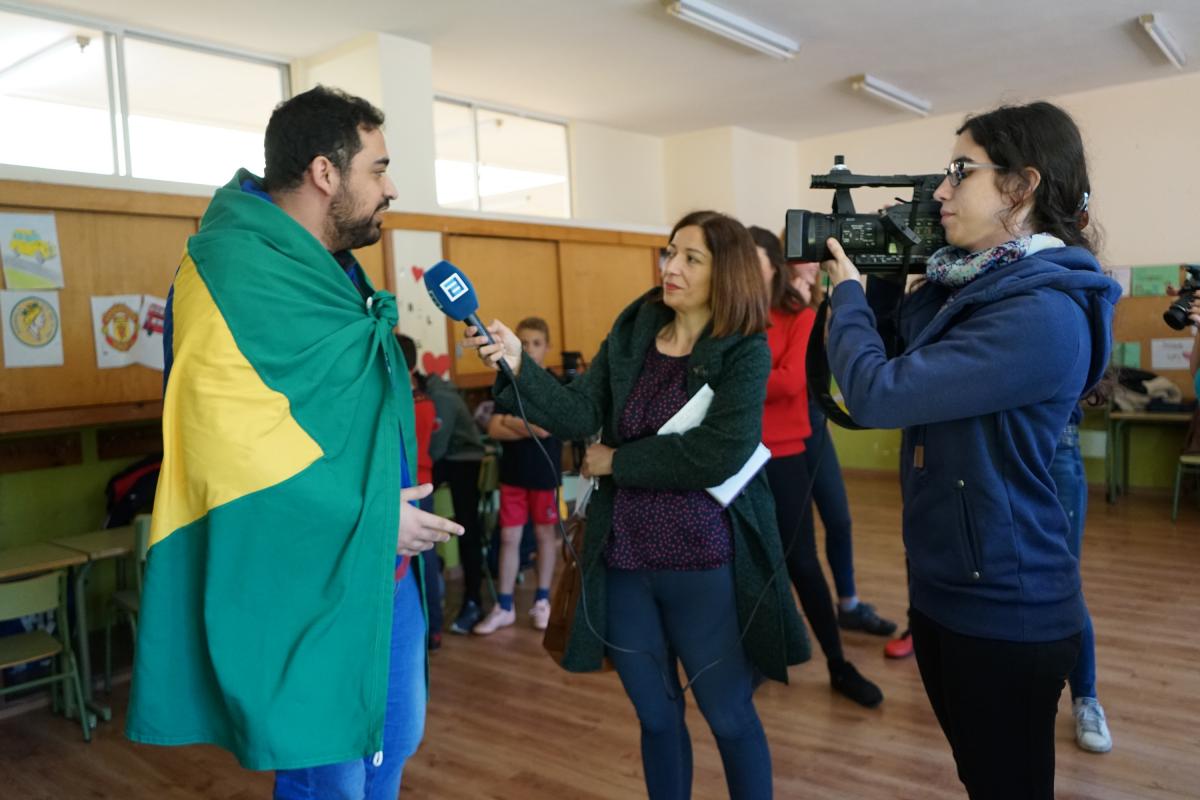 Family and friendship above all.

Since they were founded in 2011, ESN Oviedo has achieved a lot. Last year alone, they managed to double the number of their members and days of Welcome Week and increased the number of their trips, showing unknown places in Spain to their international students.

They say for themselves that they are a small section, but able to make a real impact on the international students and the local society, especially by carrying out projects such as Mov’in Europe and Erasmus in Schools. As they are the only ESN section in Asturias, they consider themselves responsible for the internationalisation of the region. Except for making their region a better place, their motivation also comes from the inside, from the section itself. They believe everyone should feel like they belong to a family, and that is how they treat their members and international students.

ESN Oviedo is one big family of mobility ambassadors that tries hard to leave an impact on both Erasmus students and their region while having great fun on the road. What more can you wish for from your ESN section?