IEG 2022: Back again for healthy and active lifestyle of the international youth 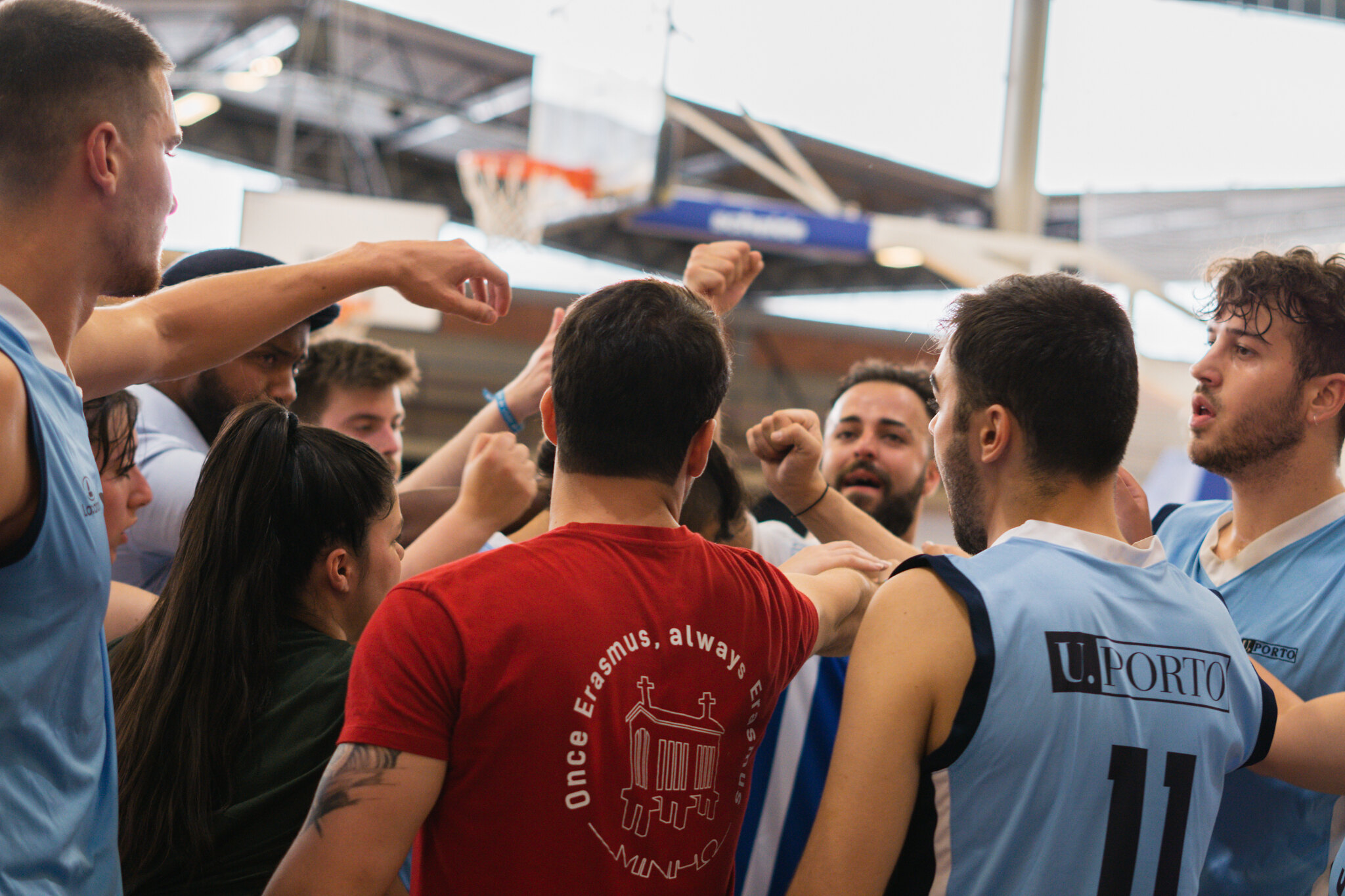 Between the 12th and the 15th of May, more than 200 international students gathered in Coimbra, Portugal for the International Erasmus Games, organised by ESN Coimbra - an event where the participants get to show and feel what sport and healthy lifestyle are all about.

Competing in four different sports: athletics, futsal, volleyball and basketball, the teams had to be mixed, making representation and inclusion the focal points of the games.

IEG’s first edition happened in 2015 in Krakow and, happening every year in a different city in Europe, the hosts have been Milano, Porto, Niš, Paris and, for the first time since 2019 - Coimbra.

Bringing together participants from all over Europe, IEG is one of the greatest ways to integrate Erasmus students, making sure they have fun and promoting healthy lifestyle, unity in diversity and sportsmanship - because after all, most of them will not compete for their own country but the country they are doing their exchange in, thus removing the borders between them.

The event was opened on Thursday afternoon with a flag parade through the city and the participants were welcomed to Coimbra and International Erasmus Games by João Nuno Calvão da Silva, Vice-Rector for External Relations and Alumni of the University of Coimbra; Daniel Roque Gomes, Vice President of the Polytechnic Institute of Coimbra, Nikolina Đurić, Board Member at ESN International; and João Caseiro, President of the Academic Association of Coimbra.

The games took place Friday through Sunday afternoon, and thanks to the support from NOVASport App, everyone could keep up with each game. The location and timetables were accessible via the app, making it simple to know where to be and to follow the exciting competitions!

ESN has been collaborating with Pernod Ricard under the Responsabile Party initiative for years, in the field of health and well-being and, the International Erasmus Games hasn’t been an exemption. Supporting IEG since the very beginning, this year the Responsible Party brought to the event with their Drink More Water campaign, providing each participant with continuous hydration, a chill area and healthy snacks.

Commercial sponsors were also a big part of this event, a special thank you to Licor Beirão, NB Club, Rugby Lounge Clube and Yes-Trips.

Discussing the Internationalisation of Higher Education, IEG also had a panel discussion moderated by Francisco Silva - the President of ESN Coimbra. Opening the discussion were the Deputy Director of the Faculty of Sport Sciences and Physical Education, Beatriz Gomes and in video presence the Coordinator of the EC2U Alliance, Ludovic Thilly and Member of the European Parliament, Lídia Pereira. The round-table was composed of the Head of the International Relations Unit of the University of Coimbra, Liliana Moreira; the Coordinator of the Erasmus+ Programme in Portugal of the National Agency Erasmus + Education and Training, Carla Ruivo; the European Judo Vice-Champion and Olympic Athlete, Catarina Costa; the Deputy Director of the University of Coimbra Stadium, Filipa Godinho and finally Communication Manager of the Erasmus Student Network, Nikolina Đurić. Vice-Rector for External Relations and Alumni, João Nuno Calvão da Silva closed the session by giving the final remarks.

And to make a competition a true competition, there have to be some trophies taken home!

Thanks to their absolute domination in athletics, Italy took home the title of the Best Country.

Congratulations to all the athletes who took part in this year’s competition and showed us the true meaning of sportsmanship!