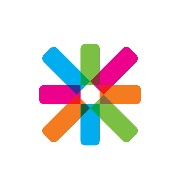 On Tuesday (11th May) the European Parliament approved new rules for the Visa permits of third-world non-EU students, interns and researchers.

The Visa Directive has been a long process in which ESN has been active advocating for the importance of improving the conditions for non-EU students, volunteers, interns and researchers in Europe. On Tuesday the new directive was adopted with improved conditions for students from third-world countries to enter and stay in Europe. The new rules merge two previous directives, one on students and one on researchers and now states:

We believe this is a great step in the right direction. Youth mobility and intercultural exchange in education is of vital importance in creating inclusive societies based on cultural understanding and diversity. It facilitates the process and encourages young people from across the world to take the opportunity to travel and learn abroad.

The directive is, however, lacking a provision for non-EVS volunteers, where Member States themselves can choose whether to adopt the same conditions for non-EVS volunteers or not. As a Network built on 15,000 volunteers in 38 countries in Europe, we urge Member States to ensure that they implement the same conditions for all volunteers and pupils. Volunteering itself is an act of solidarity that fosters a spirit of understanding and respect - it contributes as much to society as students and researchers do, and should be seen to have the same importance in the process of adopting the new directive.