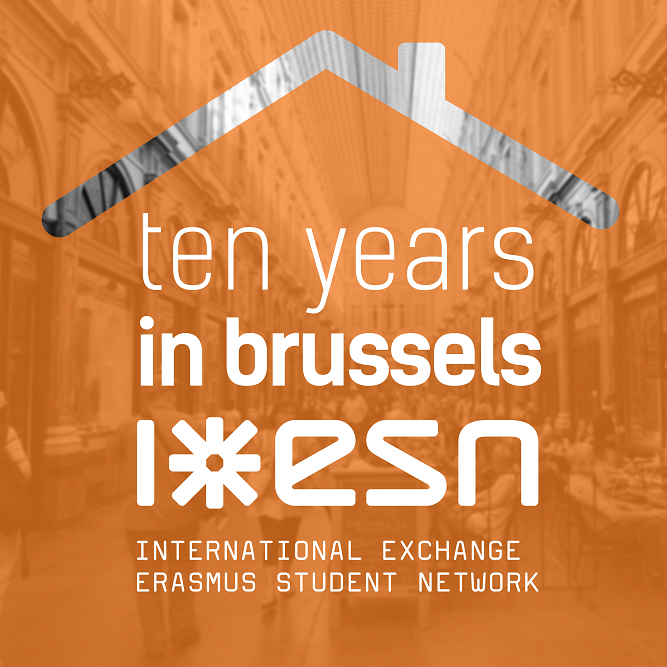 Unity makes the force, they say, but unity without a face does little - and ESN has proven this true. This year marks the 10th anniversary of ESN’s arrival in Brussels, which happened during the autumn of 2005. ESN's move to the capital of Europe was a major milestone in the development of the network, from a purely bottom-up student agglomeration of local chapters to a more structured organisation, providing more and better services to sections and exchange students from all over Europe.

A constant presence in Brussels made it possible for ESN to be recognised and quickly become one of the main players in the field of student mobility at the European level, able to influence decision-makers on the development of European learning mobility programmes and a necessary interlocutor of the European Commission and other institutions in the field of higher education and student mobility. 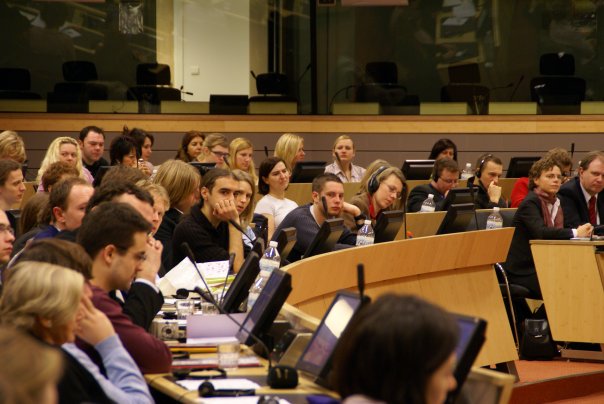 Conference on the 20th Anniversary of the Erasmus programme.

It wasn’t long  until the first results came, to showcase the presence of ESN in Brussels and its meaning for a higher success in the organisation’s mission. In 2007, ESN celebrated the 20th anniversary of the Erasmus programme with a series of important events, including a conference on the future of Erasmus attended by a former European Commission Vice-President, Margot Walström,  former Commissioner Jan Figel, National Representatives and a group of dedicated ESN members. Some very vivid memories were made that day when all together they blew out 20 candles on the Erasmus birthday cake.

The celebrations for the 20th anniversary of Erasmus then progressed, featuring more than 300 “Erasmus Days” all over Europe. It included an online platform for sharing stories and testimonals of Erasmus alumni, and most importantly a tour of the 'Erasmus Van' that travelled for 25,000 km, visiting 40 European countries and connecting more than 100 Erasmus a day, tens of thousands of ESN volunteers, Erasmus students from hundreds of universities. Today, one can still read about these iconic celebrations on the European Commission website. 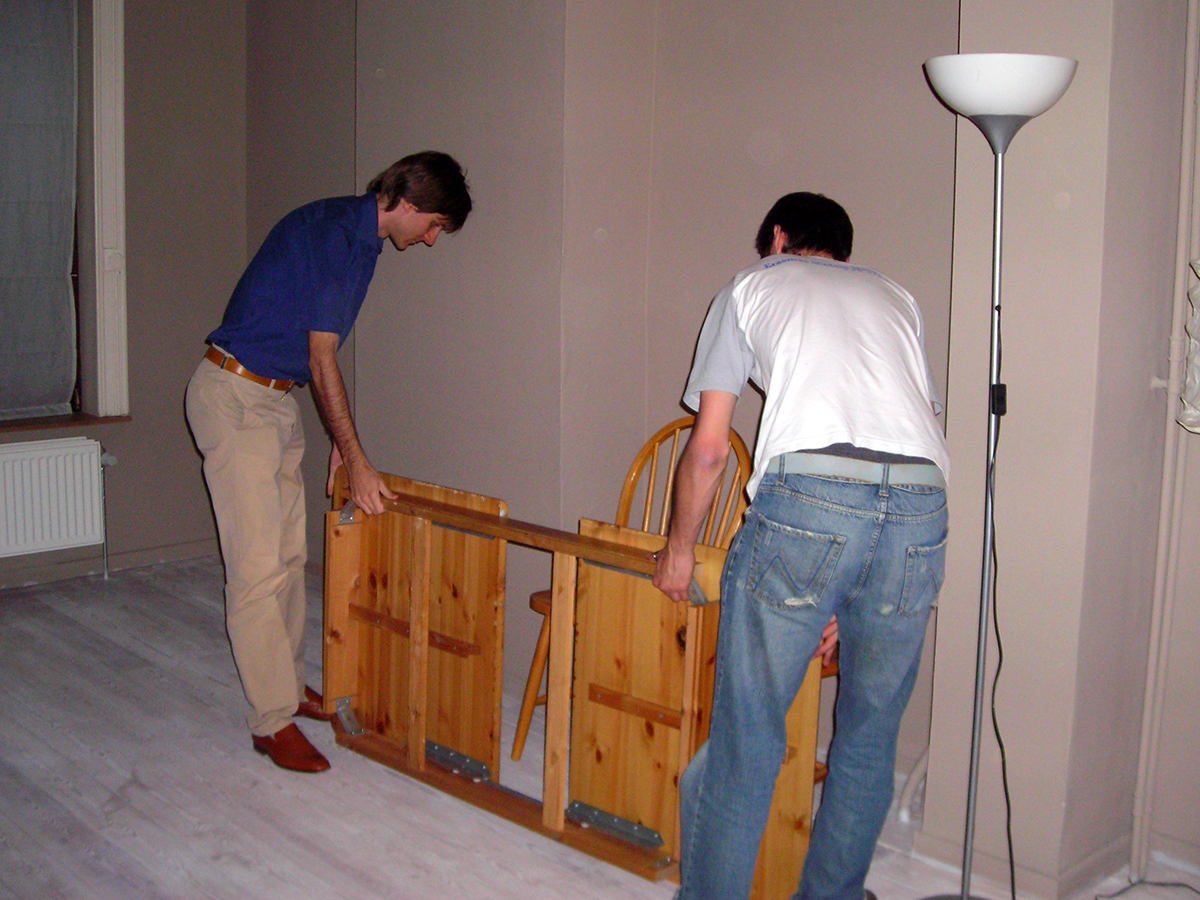 What is important to point out is that none of the successes that ESN achieved over the past years would be possible without the incorporation of ESN as a legal person, and the grounding in Brussels. Not only does an office provide coordination, vision and steering force, but it also enables the recognition and identification of volunteers, sections and national boards in the organisation.

It is not by accident that over these years ESN provided itself, for the first time, with a common visual identity, a new logo and visual elements that made the organisation stand out not only visually, but as an example of modern and dynamic organisational management.

Other important projects, successfully launched in 2005-2007, that would have not been possible without a central office were the ESNsurvey and the ESNcard – both now a well-established reality but over those years a novelty. Furthermore, after a long application process in 2007, ESN gained the status of Candidate Member of the European Youth Forum. Finally, ESN received an accreditation at the Council of Europe European Youth Foundation.

Being registered led to accessing the opportunities of acting as one organisation, while being allowed to receive the necessary funding to this end, by means of grants, donations and sponsoring – all impossible without a bank account and legal accountability. 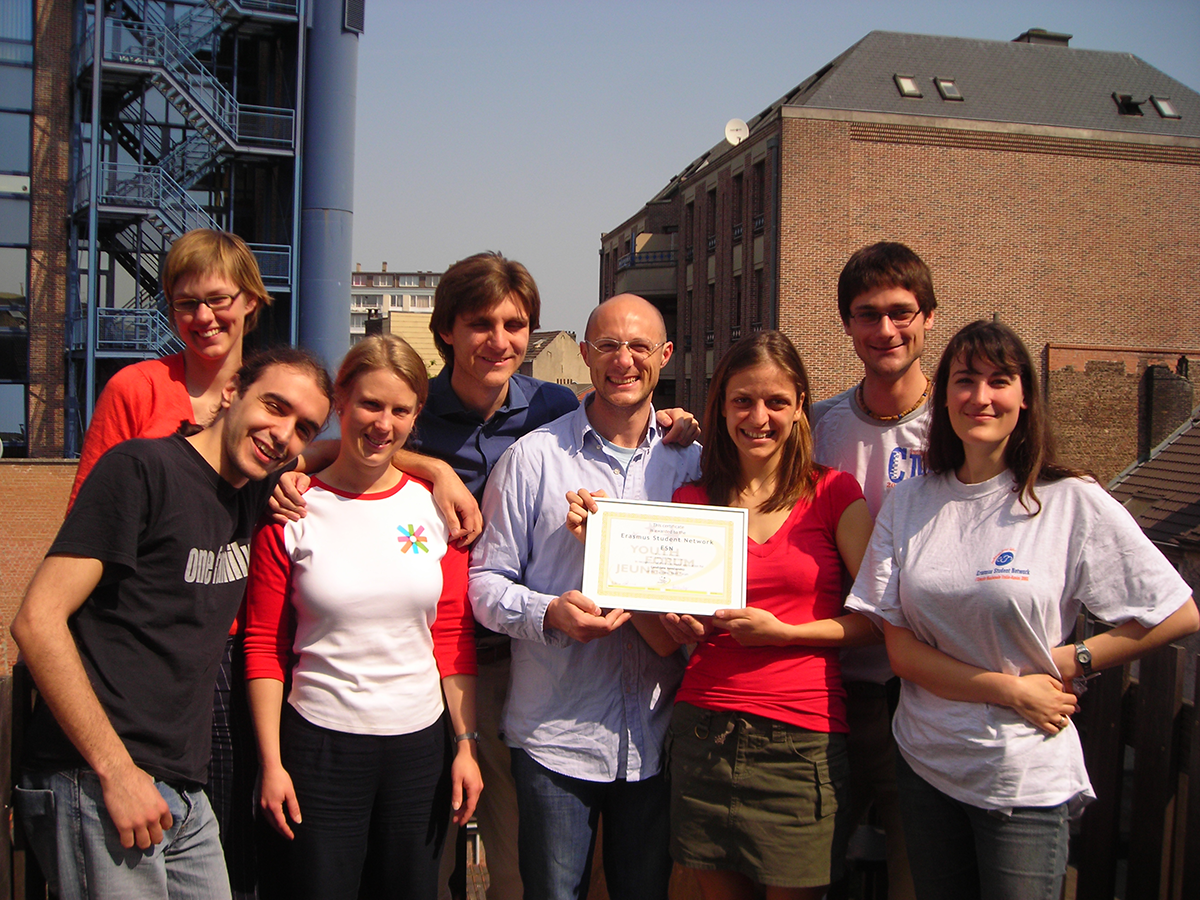 First occupants of the current ESN Office on Rue Hydraulique 15.

ESN experienced a great deal of resistance, fear and scepticism to change. Yet, results were to arrive quickly, and adamantly. We worked hard for that, and we do not regret doing so. We all should be extremely proud of what ESN became and achieved. Tremendous work in an office in Brussels created the conditions for the current astounding list of achievements attained by the Erasmus Student Network that last year celebrated its 25th anniversary. May our beloved network, with its power and unity, reach many more anniversaries!

Curious about who the members of the ESN International Secretariat are? Find out here!